Books to read about
Vietnam

- its language, travel and history

Books to read about
Vietnam

Books to read about Vietnam – its language, travel and history

As many of you already know, Vietnam is a special place for me. I first visited as an impressionable 16-year-old, way back in the late 1990s, and have continued to study Vietnamese and visit the country on and off in the past 20 years.

We are returning again next month. So it has got me thinking about all my favourite reads about the country. You can’t help but find many books on Vietnam focussed on the war, but there are so many other books worth taking a look at.

Don’t forget! We are running our first Language Learning Trip to Vietnam in November 2018! And YOU are invited.

Join us for 5 days of Vietnamese language study, great food, city exploration, soaking up the city vibe and a general relax.

All the details available here. Get in quick though! 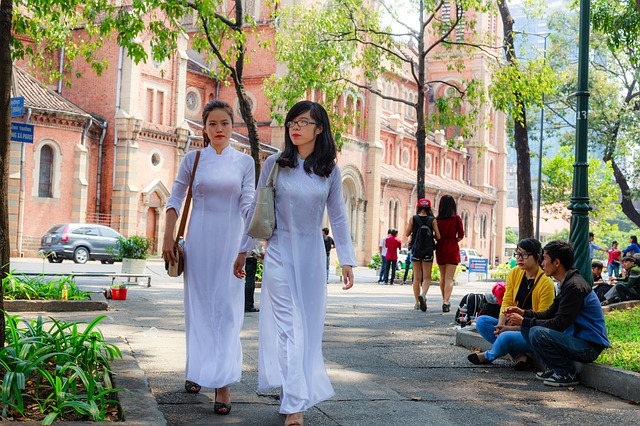 Read on for my favourite books to read about Vietnam – its language, travel and history

The Boat by Nam Le

The Boat is Nam Le came to Australia as a boat refugee with his parents when he was less than one year old. This story inspires the first and last part of The Boat. In between, Le’s imagination takes us from the slums in Colombia to Tehran and New York City.

The Lover by Marguerite Duras

The Lover is set in pre-war Vietnam and explores the love of a teenage French girl for a Chinese man. This novel gives us an insight into the final years of colonial Saigon.

The Best We Could Do by Thi Bui

This novel portrays a family’s journey from war-torn Vietnam. It explores the anguish of leaving ones home and settling into a new environment. The author – Thi Bui was born in Vietnam and immigrated to the United States as a child.

The Quiet American by Graham Greene

This classic novel written in 1955, is set in Vietnam during the 1950s at a time when French colonialism was being uprooted. Pyle is an undercover American agent and Fowler is a British journalist. Phuong is Fowler’s lover. The novel has twice been made into a movie, the most recent released in 2002.

Who doesn’t love Vietnamese food? Luke Nguyen is an Australian-Vietnamese chef and restaurateur (and also a judge on MasterChef Vietnam). He has written numerous cookbooks focused on South East Asian cuisine – the ones above are specifically on Vietnamese cooking. Luke Nguyen also operates a cooking school – Grain in Ho Chi Minh City.

The Happiest Refugee by Anh Do

Anh Do nearly didn’t make it to Australia. His entire family came close to losing their lives on the sea as they escaped from war-torn Vietnam in an overcrowded boat. Anh Do is one of Australia’s most famous comedians and The Happiest Refugee tells his incredible, uplifting and inspiring true-life story.

Catfish and Mandala by Andrew Pham

Andrew X. Pham was born in Vietnam and raised in California. His father had been a POW of the Vietcong; his family came to America as “boat people.” Following the suicide of his sister, Pham quit his job, sold all of his possessions, and embarked on a year-long bicycle journey that took him through the Mexican desert, around a thousand-mile loop from Narita to Kyoto in Japan; and, after five months and 2,357 miles, to Saigon.

At Home in The World by Thich Nhat Hanh

Thich Nhat Hanh is a Zen master and meditation guru. In this book are stories from Thich Nhat Hanh’s childhood and the traditions of rural Vietnam. There are stories from his years as a teenaged novice, as a young teacher and writer in war torn Vietnam, and of his travels around the world to teach mindfulness, make pilgrimages to sacred sites, and influence world leaders.

I have long been a fan of the Lonely Planet style travel guidebooks. We rely on them less and less these days, but a good flick through or review of the chapters relevant to where you want to go is a great starting point for any trip! Plus there are suggested itineraries, maps and lots of pictures!

A great, small and handy phrasebook to take with you on a trip to Vietnam. Especially for menus and working out what you want to eat and drink before your holiday is over!

What have you read about Vietnam that has inspired you to travel there or learn the language? Or is there anything on this list that you are tempted to pick up and read? Let me know below!