Welcome back to Language Learning Stories.

Today we’re hearing from Jen Swanton, a Melbourne based language learner who speaks Japanese and Chinese.

Jen has been learning languages since she studied French in high school. Jen works for the Victorian state government (in Australia) in international education and language education. She has been told she is very Japanese and has a funny story about mixing up her tones in Chinese. Jen also shares her love for karaoke and how it is great for learning kanji Japanese characters.

This interview is filled with great advice including, Jen’s view that there’s no ‘one size fits all’ approach to language learning and that we should experiment with different language learning approaches. I totally agree with this too!

A big thank you to Jen for her open and honest answers to my questions and her insights into learning two character-based languages!

Read my other Language Learning Stories with Louise (Chinese) and Suzie (Spanish, Portuguese and Chinese) here! 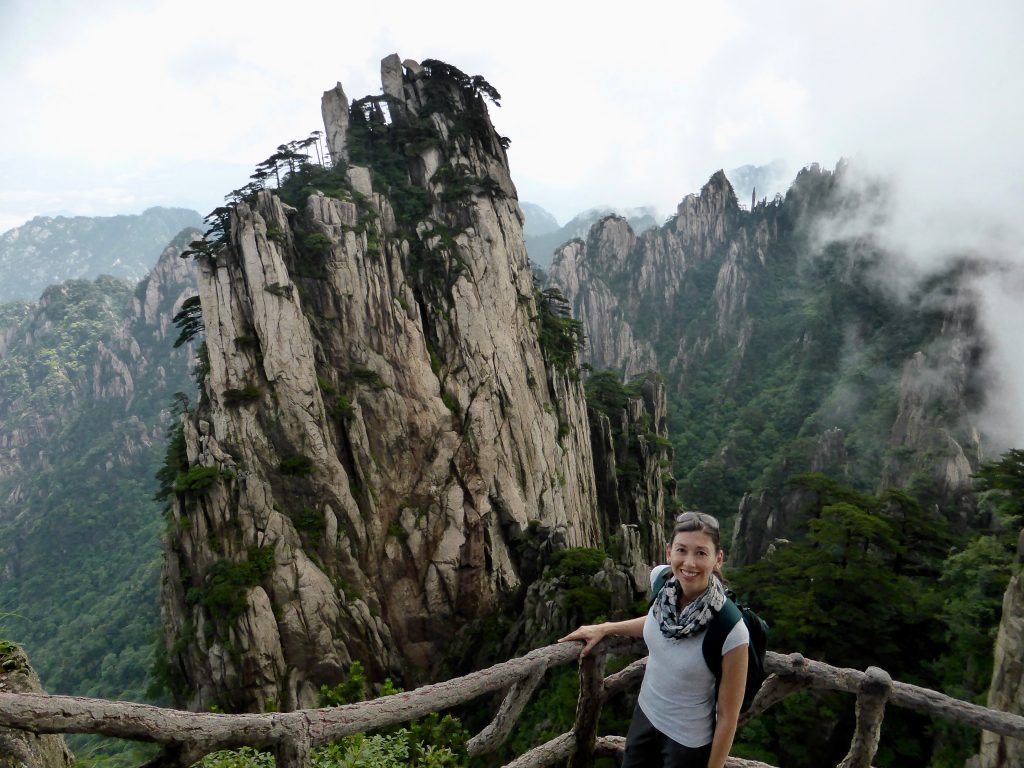 1. You speak Japanese and Chinese – which did you start learning first and why?

I took up Japanese in my second year of university. Till that point I had seven years of French under my belt but felt that Japanese would serve me better in the workforce in the future. I was also intrigued at the idea of learning a character language.

2. Why did you decide to start learning Chinese?

I was playing tennis and going to dance classes on a weekly basis and remember thinking that I needed a mental challenge in addition to physical exercise. I thought Chinese would provide that challenge….and I wasn’t wrong!

3. How long have you been learning both languages?

I completed my formal education in Japanese at university (I won’t say when!) and continued informally through one-on-one lessons with a private tutor whilst living in Japan for almost six years. I started learning Chinese in 2007 (whilst I was still teaching Japanese at primary school).  Whilst I’m no longer undertaking any formal study in either language, I’m a perpetual student, always learning through watching foreign-language films, tuning into conversations on public transport, or asking my native speaker friends for language advice.

4. What level would you say you are currently?

I’m a proficient Japanese speaker and passed Level 1 of the Japanese Language Proficiency Exam (JLPT) albeit some time ago now. I’ve attained HSK level 5 but I’d say my spoken Chinese is closer to HSK level 3 or 4.

5. Where have you studied? Have you done any language learning trips?

I studied Japanese at La Trobe University and Chinese at Confucius Institute, University of Melbourne. I’ve been fortunate enough to receive study scholarships to China on three separate occasions – around six months in total.

6. What awards have you received?

I was awarded a Confucius Institute scholarship which took me to Beijing Language and Culture University for a month in 2009. This was followed by a two-week study tour to Tianjin in 2013 and a Victorian Hamer Scholarship at Nanjing University for a semester in 2015.

7. What tools and resources do you use/have you relied on?

I’m sure any Chinese learner will tell you that Pleco is an awesome app with some great functionalities. Before the advent of smart phones (yes, I’m that old), I relied heavily on my denshi jisho (electronic dictionary) though I recall a time when it malfunctioned and I lost hundreds of vocab that I had stored in preparation for the JLPT. I actually cried, I was that devastated!

8. What’s one of the best or most worthwhile investments you have made to do with your language learning?

My semester in China really took me out of my comfort zone, especially being a mature age student. However, it did wonders for my confidence, especially in terms of speaking. As for Japanese, over 20 years have passed since I lived in Japan but my passion for the language and country is still as strong as ever. I made life-long friends during that time with whom I still keep in touch today.

9. Has your motivation for learning gone up and down over the years? How do you keep motivated?

I think it’s natural for your enthusiasm to wax and wane when learning any language. As previously mentioned, living in-country can be a huge motivator, as can setting yourself a goal such as sitting the HSK or JLPT. I’ve personally felt an enormous sense of achievement in passing these exams. Partaking in Japanese/Chinese cuisine, film and cultural events at the local level has been another way to keep motivated.

10. How have you been able to use your language skills in your career?

I’m lucky to have worked in a number of Japanese-speaking roles, both in Japan and in Australia. These include working at an international film festival, Japanese companies in Melbourne, as a primary school Japanese teacher and more recently, at the Department of Education and Training, working in international education and languages education. I occasionally have the opportunity to use Japanese when meeting and greeting Japanese stakeholders or liaising with Japanese teachers. I’ve had less chance to use Chinese in the workplace, with the exception of some simple Chinese translations now and again which, as a non-background speaker, is very validating!

11. What have you learnt about yourself through learning Japanese and Chinese?

That I’m very Japanese! In fact, my Japanese friends tell me that I’m more Japanese than they are. Japan holds a special place in my heart and certain aspects of the culture really resonate with me. Living in China made me realise how resilient and determined I am when it comes to overcoming challenges. Travelling throughout China by myself was one of the best things I did for advancing my language. I recall being very proud of myself when I was able to understand a joke in Chinese and what’s more, joke in response!

12. What’s the hardest/most challenging thing about learning these two languages?

For Japanese it was learning keigo (honorific language). Japan has a very hierarchical society and there’s a raft of different vocab and grammatical conventions used to show respect.

For Chinese, the biggest challenge is mastering the tones. One incorrect tone can change the entire meaning of a word or sentence completely. Case in point, early in my Chinese language journey there was a moment when I wanted to say ‘Excuse me’ but it possibly sounded like ‘Please kiss me’ instead! No wonder I got a funny look from the old guy I was speaking to!

13. What has been surprisingly easy about your language learning journey? (If anything?!)

After some initial trepidation of moving to Japan, I was surprised at how quickly and naturally I assimilated into everyday life. It wasn’t long before I was singing karaoke (a fantastic way to learn new kanji characters) and attending calligraphy lessons, amongst other pastimes, all of which led to language learning opportunities.

14. How do you maintain your level in both languages – do you ever confuse the languages when you speak or read?

I’ve been known to mix Japanese and Chinese, sometimes within the same sentence! Sometimes when trying to recall a certain Japanese word the Chinese equivalent will come to me, or vice versa. My knowledge of Japanese has helped with my Chinese literacy in that I am able to recognise Chinese characters more easily perhaps than someone who has never learned a character language.

15. What advice would you give to aspiring Chinese/Japanese language learners?

Set yourself a language learning goal that’s realistic; don’t be afraid to step out of your comfort zone; spend as much time in-country as possible and make local friends so that you’re using the language in an authentic context, rather than in the confines of a classroom.  Be open to making many mistakes and learning from these mistakes. Maintain a sense of humour and be prepared to laugh at yourself occasionally. At the same time, celebrate your language learning successes. Lastly, experiment and find a language learning method that works for you, whether it’s an app, watching foreign language TV, or practising with a language partner. There is no ‘one size fits all’ when it comes to learning a language.

16. If you had your time again, would you learn Chinese and Japanese, another language or no language at all?

I would definitely choose to learn Japanese and Chinese again. Both have given me different perspectives on the world and enriched my life immensely, both on a personal and professional level. I would probably also throw more Spanish study into the mix. My mum is South American so theoretically, Spanish should be my second language; however I still have a long way to go in improving my proficiency.

17. What are your language plans for the future?

To keep learning, whether formally or informally, through work or travel. In the short term, I’m going to try to be disciplined and practise Spanish with my mum in preparation for a South American holiday later in the year!

Thanks for joining me for another Language Learning Stories. And another huge thank you to Jen.

Please leave any questions or comments you might have below.

You can read more interviews here! If you have a question you’d love me to ask a language learner, please get in touch! Also if you or someone you know would be a perfect interviewee, please contact me!