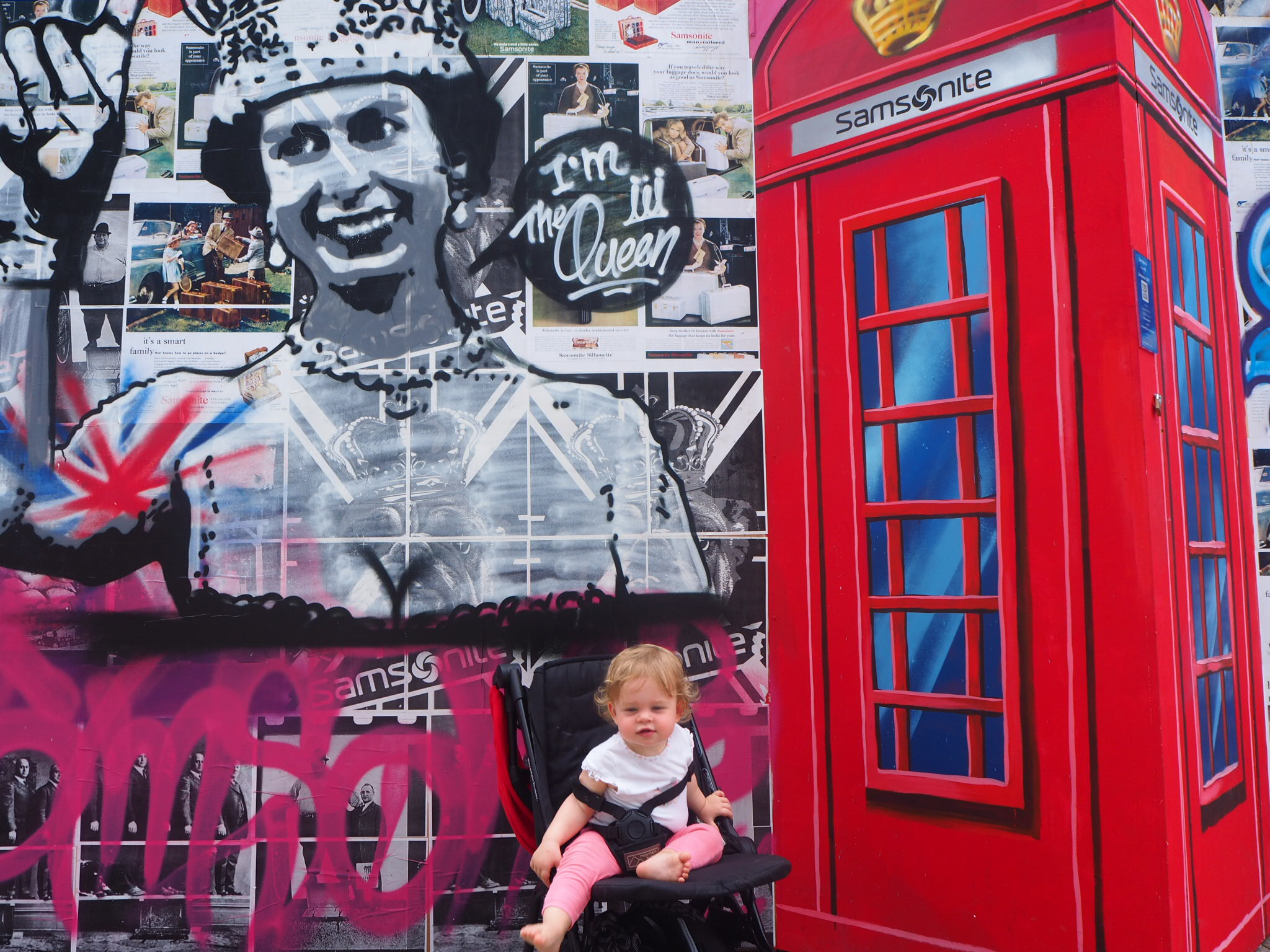 A perspective on Taipei as told by Lingo Dada..

We survived our first week in Taipei.

After arriving to Taipei very late on Sunday night, we got up early to walk Lingo Mama to school on Monday morning.
We stopped off for a quick coffee before school, and then the realisation sunk in – Lingo Dada and Lingo Bubba were about to go it alone – albeit only for 2 hours, but we felt like some kind of wildlife being released into an unknown habitat. 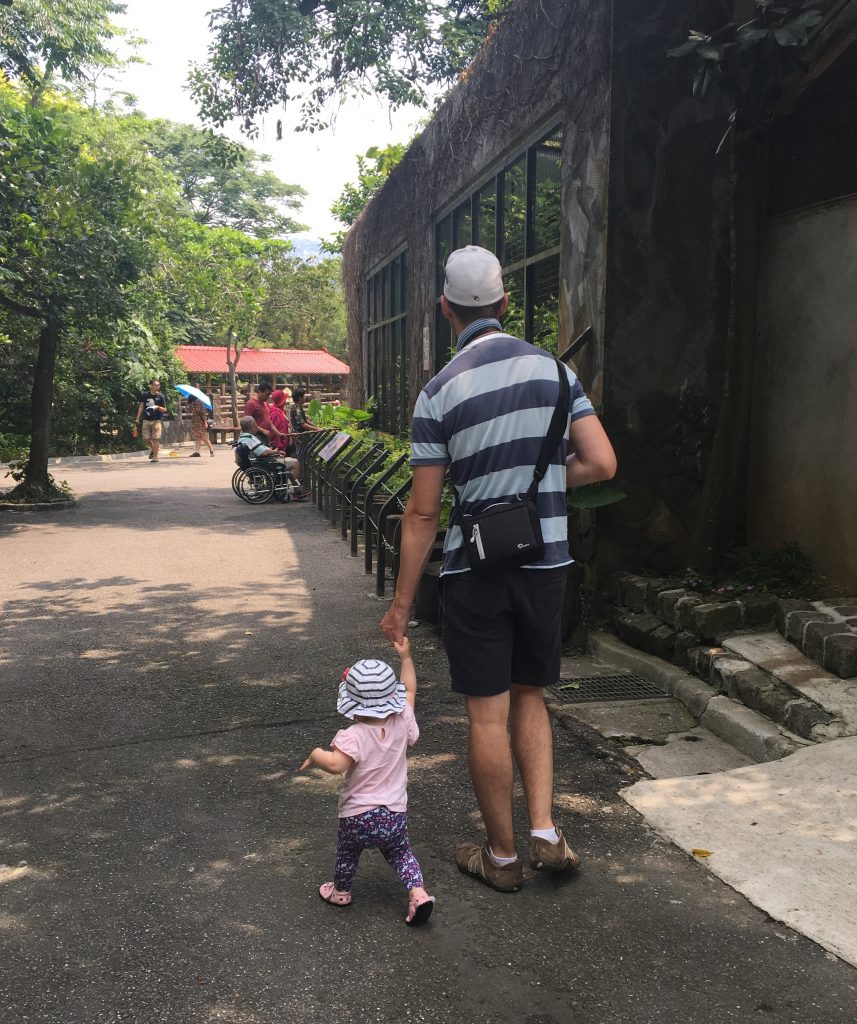 My Chinese language knowledge is – hello, thank you, good bye, I love you, I’m good and I’m not well – all taught to me years ago by my friend and colleague.   Not very helpful to survive the day alone though but better than nothing!

First stop the supermarket to stock up the cupboard for Lingo Bubba – how hard can it be?  Actually we have no idea what the exchange rate is, so I’ve got no idea how much I’m spending.   We need the bare essentials – milk, bread, fruit and yoghurt. Now which one to get – the milk bread, the bread that looks like bread but I have no idea what the packet says, but it’s more expensive, so must be good right?

Milk – do we want the one with beans on the front – my guess is soya milk, or the one with plants – guessing organic milk, or the one with cows on it – high chance its going to be dairy milk? I can only go by the pictures on the carton as to what I’m buying. Interesting experience. Kind of comforting to see items I recognise from home on the shelf (Milo, Margaret River wine, Kraft cheese to name a few). 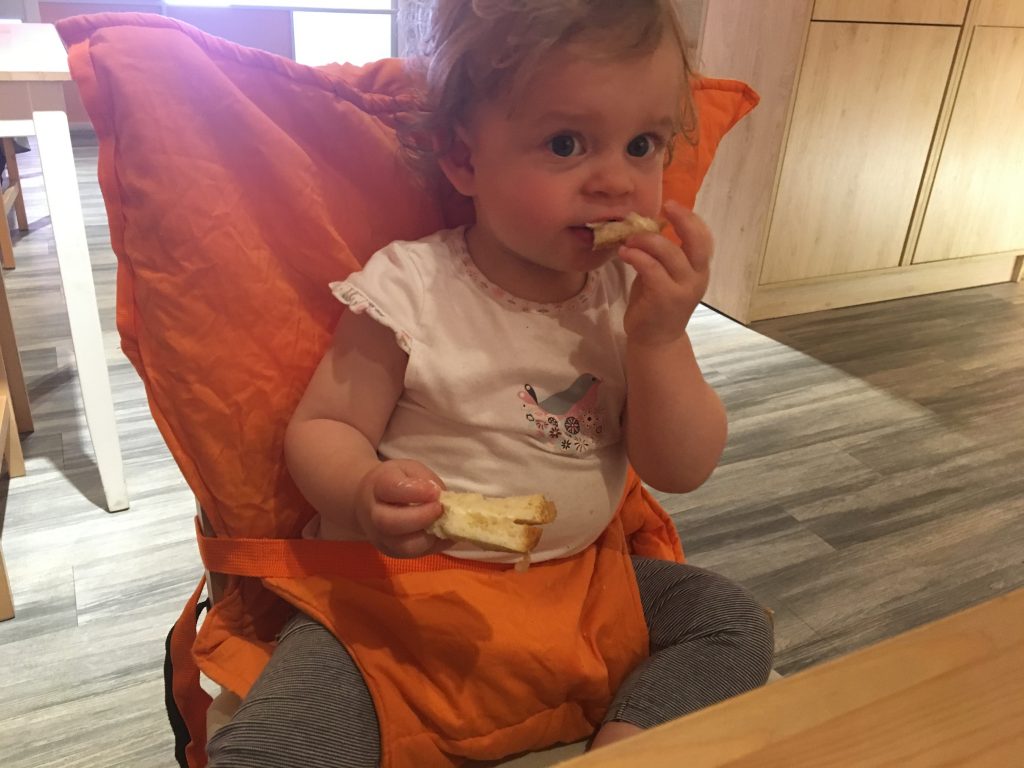 Survived the supermarket – time now for fun. We set off on the train . It was extremely easy to buy a ticket, and get around with the pram. We managed to get to so many attractions, and with no language issue survived all the trips. 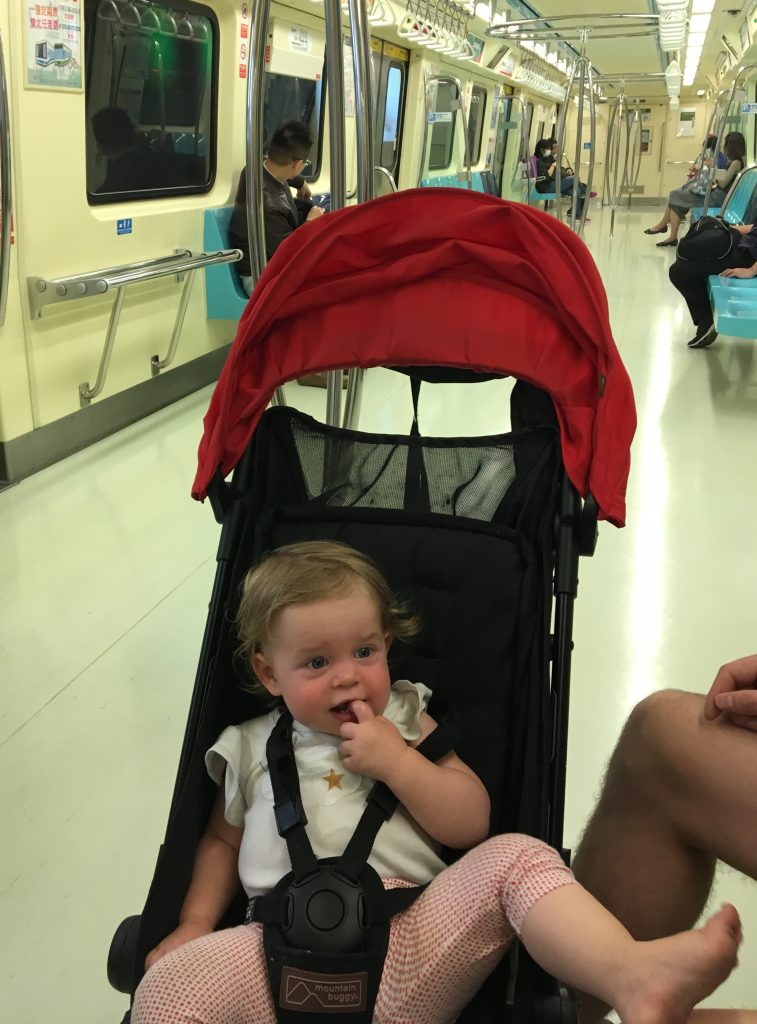 Lingo Bubba was the main attraction where ever we went. Everyone comes up talking to her like she was some kind of rock star. Have no idea what they were saying, but Lingo Bubba was certainly enjoying all the attention.

Watching Lingo Bubba play with the local Taiwanese children in the park was magic. The children speaking Mandarin to her, and she babbling back at them, was like they just both understood each other and no barrier between them. 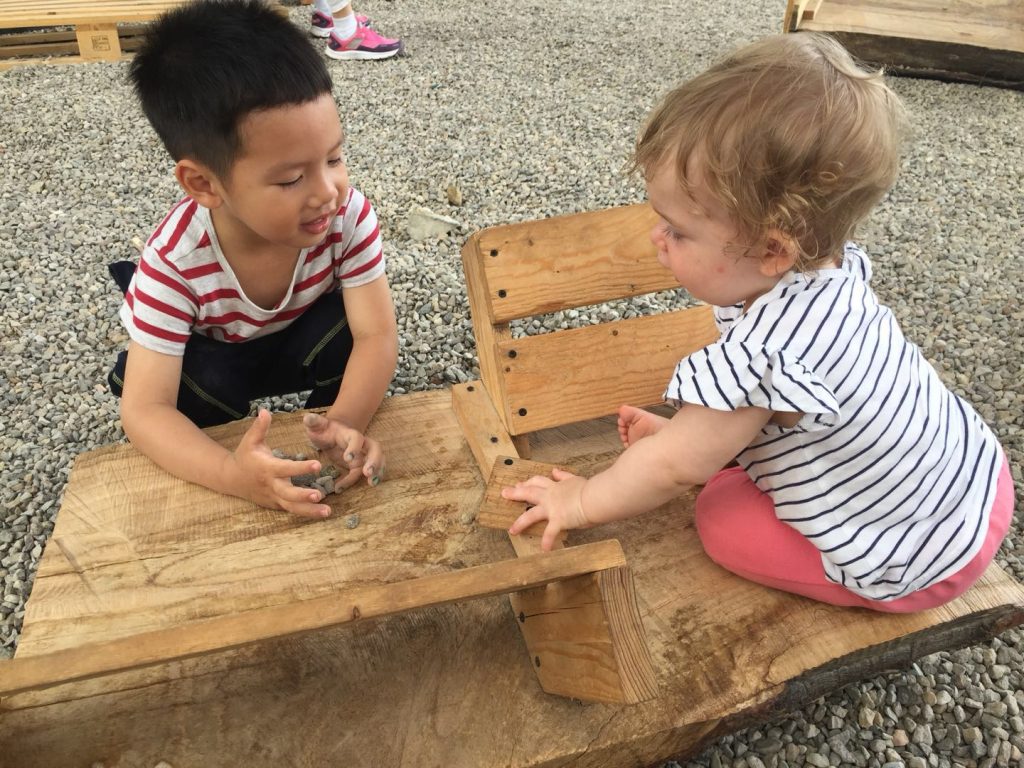 A few selfies with Lingo Bubba to send to Lingo Mama in class – to make sure she’s not too worried about us alone in the big wide world.

Rather comforting to meet up at the end of class to go for a coffee. We can rely on Lingo Mama’s Chinese skills to read the menu and order us just what we want. 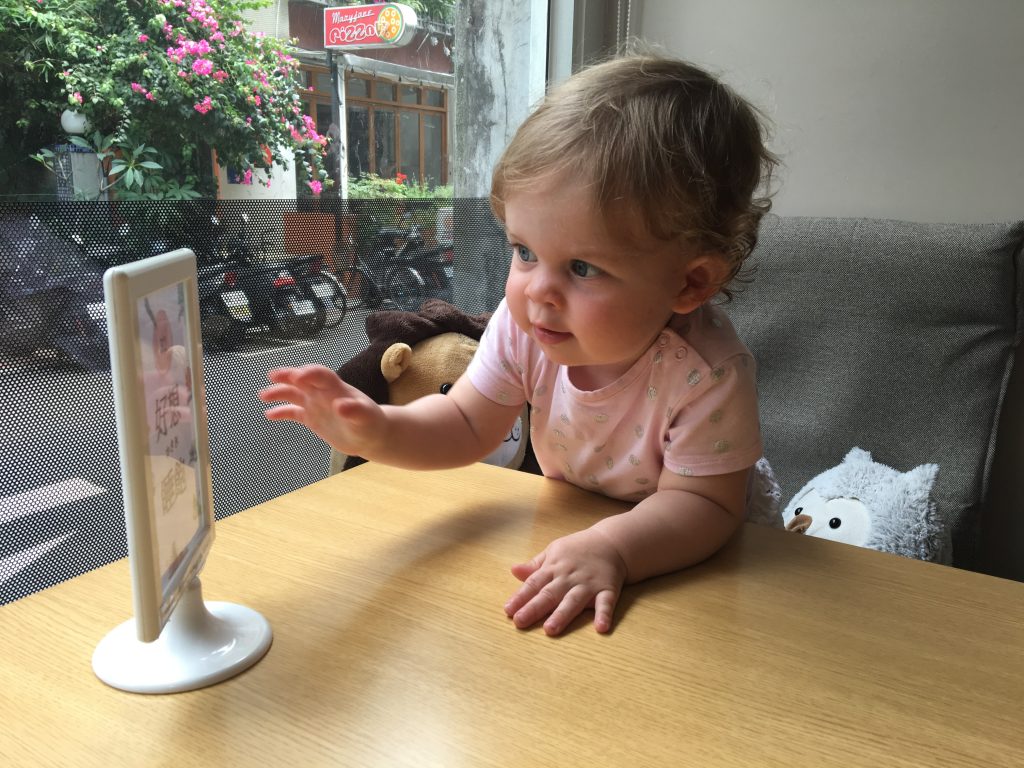 One week down and one to go – we feel like we semi-locals. We can get around town, order coffees (in English), meet up with locals at the park for a play, all while Lingo Mama is busy at class and studying.
Are there any other Lingo Dadas cruising around town with your Lingo Bubba?  I would love to hear where you are and what you’re up to.

dad's perspective on taipei, getting around taipei, taipei with kids, travelling with kids